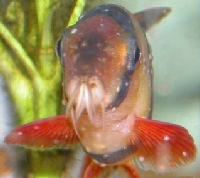 Ich! What it is and what you can do about it.

This article was contributed by Aquarium Advice member Alivymar

Just about all of us freshwater aquarists have had to deal with the dreaded Ich at one time or another. But what IS Ich? Where does it come from and how do we get rid of it?

The formal name for Ich is Ichthyophthirius multifiliis. It’s also occasionally known as White Spot Disease. Ich is actually a protozoan, which is a single cell organism. It’s the most common of the parasites which can infest our fish friends. If you were to look at it under a microscope, you’d see a roundish object which changes shape and has tiny hairs which help it move in a rolling motion.

It’s necessary to diagnose Ich as soon as possible; Ich can be deadly if left to fester too long. Not only because the infestation causes loss of electrolytes and fluids from the skin damage, causing the fish to have difficulty regulating water loss, but Ich often infests the gills. The layer of gill cells thickens in response to the parasites, and the amount of oxygen getting into the fish is reduced. Plus, if the infestation is really bad, the parasites themselves block the gills also causing suffocation. Lastly the open wounds on the fish’s body caused by the burrowing parasites, opens the door to a host of other opportunistic diseases.

Easiest way to diagnose Ich is to look carefully at your fish. If you see little, white, slightly raised salt like spots on the fish’s fins or body, your fish has Ich. As mentioned previously, Ich can also infest the gills; sometimes it will infect ONLY the gills, making diagnosis difficult as its hard to see the parasites in there. Often, when Ich is primarily present in the gills, the only sign will be breathing problems as the fish starts having difficulty getting enough oxygen. Other signs include flashing. This is when the fish rub and scratch themselves with quick movements on objects in the tank, often showing the lighter bottom side (hence the term flashing). Sometimes the fish’s skin may look bumpy. Lethargy and appetite reduction can also be clues. Obviously diagnosing is much easier when Ich is visible on the body.

Its important to understand the life cycle of the Ich parasite so one can treat properly and rid your tank of the infestation. Ich has 3stages, only one which is visible on your fish:

Trophont: This is the obvious stage, when you can usually see the white spots on your fish. In this stage, the parasite has made itself at home under the epithelium of your fish and encysted itself; the white spots you see aren’t actually the parasites themselves, but the fish’s biological response to the parasite that has burrowed into its skin. It’s really made of mucus and proteins that the fish has produced in an effort to rid themselves of the irritation. In this stage it is NOT susceptible to medications, both because it has encysted itself and the mucus/proteins the fish has produced protect it.

Tomont: Once the Ich parasite has had its fill, it will break out of its cyst and drop to the bottom of the tank or any flat surface. It is briefly susceptible to meds at this point, but once it reaches the bottom it encysts itself again. In that cyst, it multiplies till there are upwards of 2000 tomites! Again, for the most part it is NOT susceptible to meds.

Theront: This is the free-swimming stage of ich, and the only stage truly susceptible to medication. At this stage, they swim around the tank looking for a fish host. Once they find one, they burrow into the epithelium and start the process all over again. If they don’t find a host in a day or two, they die. 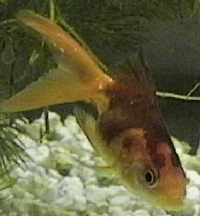 Temperature plays a large role in the Ich life cycle. Higher temps speeds up the cycle, lower temps slow it down. At a temp of 45F, the entire life cycle take 6 weeks. But at a temp of 80F, the cycle can take less then a week.

So what can we do to prevent infestations? The first thing to do is to quarantine ALL new fish; a minimum of 2 weeks is suggested, although the longer the fish are in QT the more sure one can be the fish are 100% healthy. Some folks quarantine fish for upwards of 2 months. This gives us time to inspect and watch the fish, and determine whether the fish is ill. Putting a fish with ich into a healthy tank can be devastating (I’ll explain why shortly). Many wild caught fish, such as clown loaches which have yet to be bred in any quantity in captivity, usually arrive with parasitical infestations.

Keeping fish healthy, with proper food and good water quality is also important, as Ich is opportunistic itself, and a stressed fish often has a depressed immune system. This makes the fish more susceptible and less able to fight off the infection itself.

Of course, nothing is 100% effective, and there will be occasions, despite all precautions, the fish will become infested. So what now?

There are a number of treatments to chose from. All have benefits and drawbacks; one needs to take into consideration all the fish being treated (whether they are actually infested or not, as it recommended to treat the entire tank) and whether they can safely handle the treatments.

The most popular form of treatment is medications.

The majority of Ich meds contain one or more of the following: Malachite Green, Copper Sulfate, Formulin, or Potassium Permanganate. All the meds are poisons, malachite being the deadliest; the school of thought is the fish are less susceptible to the dangers then the parasites. However, some fish are more susceptible to meds, specifically scaleless fish such as plecos and loaches and one needs to be careful in dosing. It is important, when choosing an Ich med which will be used in a tank containing scaleless fish, to either find one which is formulated for scaleless fish or to half dose for twice as long. Do NOT use these medications on invertebrates such as shrimp or crabs as it will kill them. Either remove them from the tank or chose another treatment. Never use a copper treatment in the tank if there is inverts; it is near impossible to remove from the substrate.

Be aware meds will most likely destroy the nitrifying bacterial colonies. Be prepared to measure ammonia and nitrite levels, and reduce the levels if necessary, by water changes or ammonia/nitrite reducers (this is the only time you’ll see me recommend their use!). Water changes likely will affect levels of meds in the tank, and you may need to adjust doses to keep the meds at the levels needed to kill the theronts.
Once treatment is finished, you’ll need to remove the meds from the water. Best way to do this is to run fresh activated carbon in your filter for a couple of days.

** Do note, the directions on the meds are generic; if you remember from the earlier discussion ich has a life cycle with only one stage susceptible to meds. Do not follow the directions when it comes to length of dosing times as some will claim to eradicate Ich in as little as one dose. The first treatment will only kill a percentage of the parasites (remember the Ich life cycle). It’s better to continue treatment till 3 days after seeing the last white spot on your fish; this way you can be fairly sure you have eradicated all the parasites.

High temperature is an effective treatment.

Ich appears not to be able to survive temperatures above 86F. By raising temps to above 86F one can kill all the parasites; generally, 4-5 days after the temps have been raised above 86F you will see a reduction in white spots on your fish. It is best to continue temps above 86F for at least 2 weeks to ensure all the parasites have been killed. Do not raise temperatures too quickly. 1 to 1 ½ degrees F every 12 hours is best, although if you keep your temps very low you may need to shorten that to 1 degree F every 6 hours. Raising temps too quickly can stress fish. Keep in mind, Ich multiplies more quickly at higher temps below 86F; it is necessary to find a balance between raising temps slowly enough not to stress the fish and quickly enough to keep the fish from becoming too infested with the parasite. Also, be sure all the fish/invertebrates in the tank can handle temps that high; if you’re not sure, do some research and ask.
**High temps reduces the amount of oxygen in the water. Increasing surface agitation, either by lowering water levels if one has a hang on back filters so the water falls further, or adding addition aeration is recommended.

Salt is another effective treatment.

By raising salt levels to 2-3 ppm or 1.002-1.003 specific gravity above what one normally keeps the tank at can destroy the Ich parasites. It has a strong effect on osmosis, and dehydrates the parasite to the point the parasite can no longer function and dies. Again, raising levels slowly but not too slowly is key here; raising salt 1 ppm per day is recommended. Generally 7.6 grams of salt per gallon is equal to 2 ppm or 1.002-1.003 specific gravity . However, it’s the chloride ions which are necessary for the treatment, and different salts have different levels of chloride. It’s best to purchase a hydrometer which measures low levels of salt to ensure proper dosage.

2 weeks at those levels sure eradicate all the parasites. Again, be sure all the fish in your tank can deal with those levels of salt. On that note, most scaleless fish CAN handle these levels of salt. Plecos and loaches especially do fine despite internet rumors to the contrary. It has been noted some tetras and corys do not do well with salt, however.

Once treatment is finished, regular water changes will remove the salt and return the tank to its usual levels.

** It is recommended to use pure salts such as aquarium, kosher or rock salt, NOT regular table salt. There are some concerns the chemicals added to table salt (such as iodine, and iron cyanides which are sometimes added as an anti-caking chemical) can be injurious to fish. Salt is also not a recommended treatment for planted tanks.

A mentioned in the medication section, water changes can reduce levels of meds and they may need to be adjusted accordingly. The same goes for the salt treatment as one wants to keep levels the same. Obviously, it is not an issue for the high temperature treatment. However, water changes are NOT necessarily a bad thing; in fact, by doing water changes and gravel vacs, you are removing some of the theronts swimming in the water and the tomonts encysted in the substrate and reducing the overall levels of parasites in your system.

Ich will not go away by itself. It must be treated or can be deadly to your fish. It may start on the body, but at some point will infest the gills; you will remember from the earlier paragraphs how dangerous this is. It also stresses the fish greatly which depresses the fish’s immune system; that combined with the open wounds caused by the burrowing parasites can result in opportunistic diseases such as fungal or bacterial infections. Occasionally the stress of the infestation alone will cause the fish to perish, despite proper treatment, which why prevention is so important.

All in all, proper prevention and treatment of Ich can prolong the life of your fish and help keep them all happy and healthy.