This month Ziggy953, double winner of the TOTM and FW/POTM contests is featured.

Hello everyone,  I have been known as Ziggy for so long it seems a little odd to introduce myself as Allen. I have been a member of Aquarium Advice since 2006, but have been keeping aquariums for much longer. My first memory of an aquarium is when my mother remarried and my new step-dad had a tank full of plants and angel fish. I was hooked immediately!

My interest in the angel tank was evident and eventually I was allowed to have one of my own. I can still remember the day I set it up. Back in those days there was no internet and Aquarium Advice, if you wanted to learn something you had to go to the library and read a book (imagine that!). I was lucky, the area I lived in at the time had a really cool pet store in the mall, that had amazing tanks and people that actually gave good advice. Naturally I spent a lot of time there, well as much time as I was allowed being a kid and unable to drive. Fast forward a few years (OK maybe more than a few) and here I am talking about my current setup.

Many of you know I had SW systems in the past, in mid 2015 I had developed the FW bug. I didn’t have a tank setup on the 40b stand ( originally built in 2012 for Ziggy’s Reef ) and I was really bored with the 54g corner tank. I started doing research on FW planted systems even though I had the 54 corner up and running for over 6 years. I was digging though the internet and stumbled upon a video entitled ‘Reciprocity.  I was blown away by everything about this tank and the man who planted it, James Findley. What impressed me most about his tanks was the attention to detail and how closely his systems replicate nature. The inspiration for my 40B came from James Findley (TGM founder).

In early October 2015 I started my planted journey. 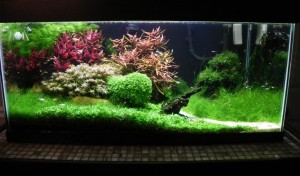 Ziggy’s 40B is a standard 40g breeder tank. I picked it up 4 or 5 years ago at a $1 per gallon sale. They had two on the shelf that day and I snagged both of them.

Lighting is a custom built LED system that I have modified a few times in the course of this journey.  I have a total of 42 3w LEDs controlled by the RKE (Reef Keeper Elite) providing sunrise/sunset and fine tune dimming capabilities. Current settings for lighting are: White LEDs – 70%, RGB – 50%. Sunrise starts at 10:30 am (2 hour ramp period), sunset begins at 9:30 pm (2 hour ramp period) Moon lights are matched with the cycle of the moon, max intensity of 15%.

I am using a basic canister filter for filtration.

PPS Pro method. The RKE runs my auto dosers for 1 minute per day about 2 hours before lights come on. 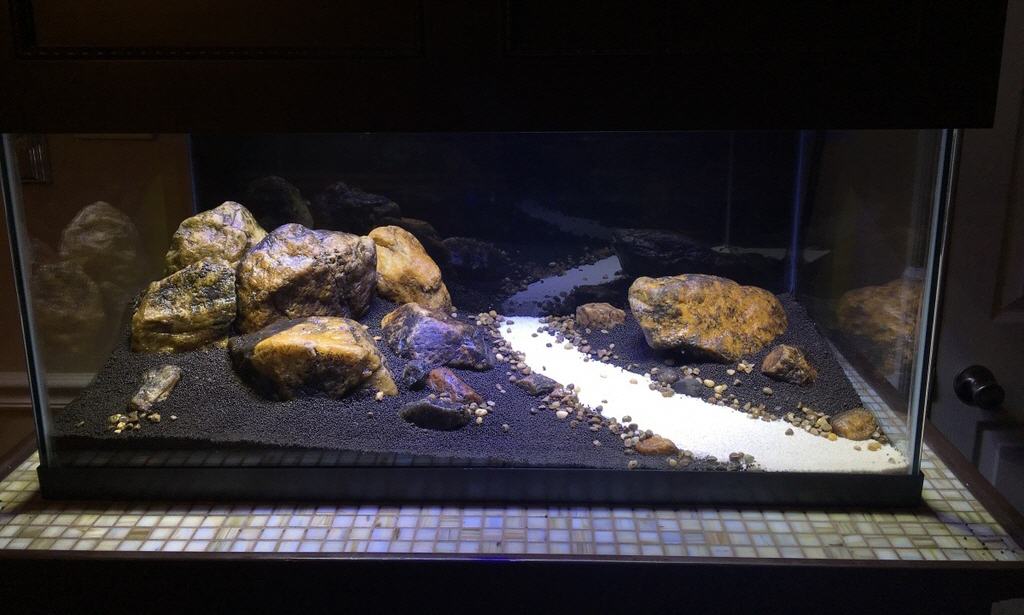 My maintenance routine hasn’t been established yet. This tank has only been running, fully planted since mid November 2015. I do weekly water changes, and have since the tank was setup. I change about 20g of water each week. I use a mixture of tap ( treated of course ) and RODI. In the last few weeks I have had to start trimming the plants weekly to keep the tank looking manicured. After a battle with algae issues ( related to low CO2 and high light ) things in the system stabilized and the plants took off. I think from this point forward I will be trimming plants weekly. 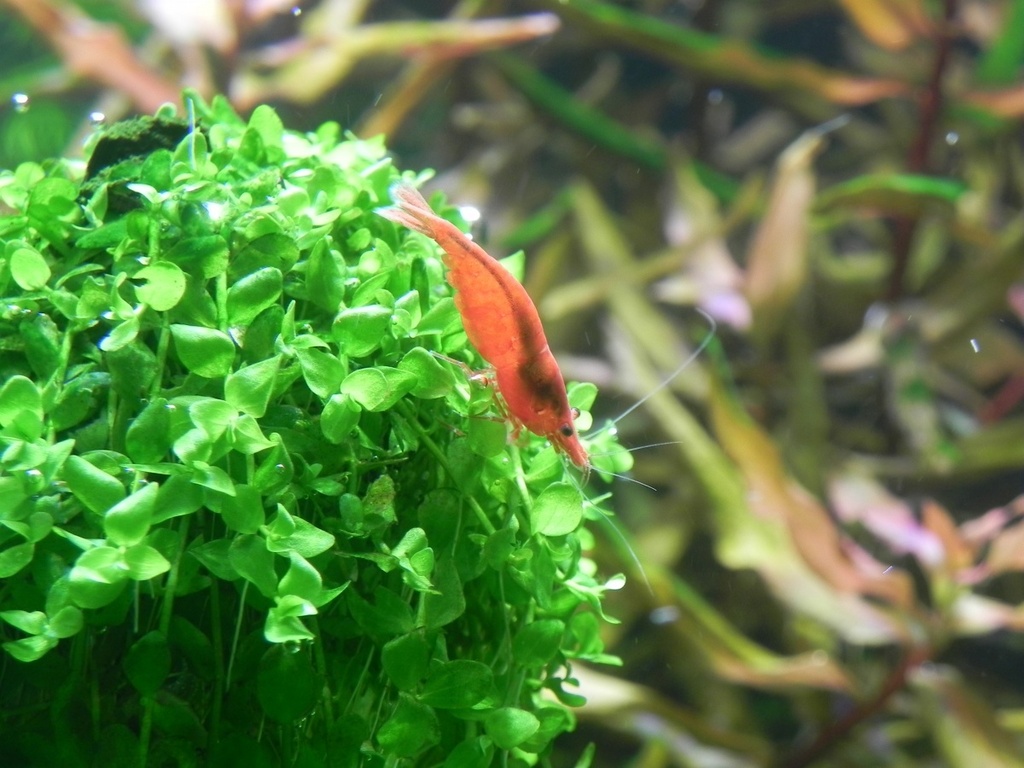 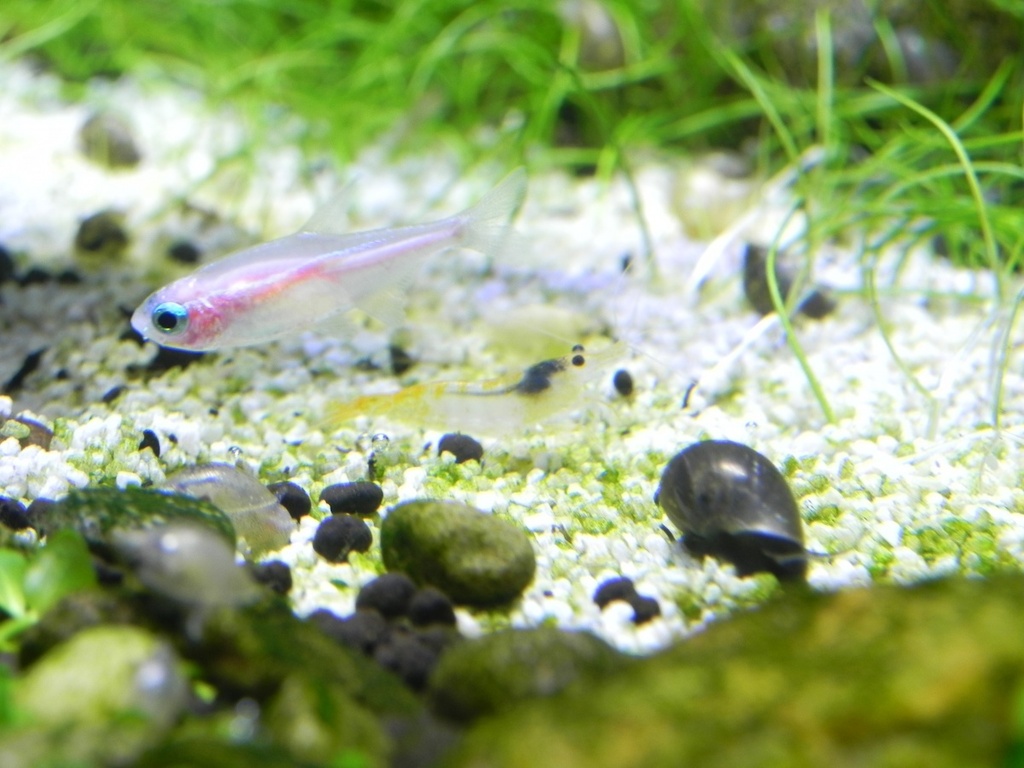 I keep saying that I am new to the planted world , in truth, I am. I have had planted tanks for years but never a truly high-tech planted system. This tank is my first real attempt at building a beautiful underwater garden. To win TOTM with a tank that has been running for just over 3 months is incredible. When I started this journey it never occurred to me that I would even be considered for this honor. I was just hoping to follow in the footsteps of all you freshies and setup a system that didn’t crash or drive me crazy with problems. I had my share of issues in the beginning and I am sure I will battle a few more as time goes on.

In closing I would like to thank all of you who voted for my tank, you honor me! Those of you who know me or have followed my thread know I am an open book. If you have a question or want to know how I did something for my tank just ask. I try and document everything about my tanks with photos and detailed explanations.

Aquarium Advice offers a great sounding board for ideas, trials and triumphs in this amazing hobby that we all love.